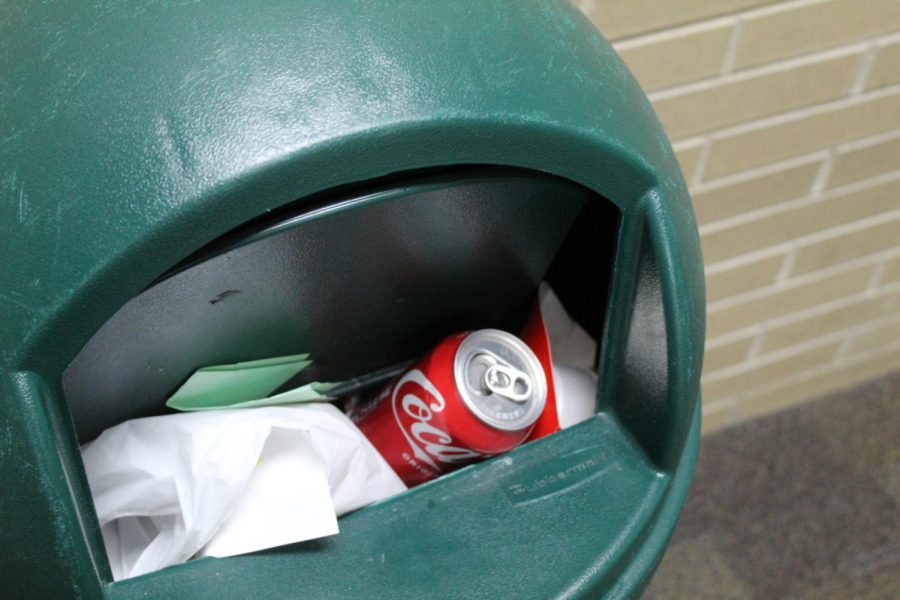 It’s a common occurrence for Elk Grove students. They ask to go to the bathroom, they leave their classroom, push on the bathroom door, and — it’s locked.

This frequent locking of the bathrooms is primarily due to vandalism, as many Elk Grove maintenance staff and officials say. While TikTok challenges such as Devious Licks were an issue at the beginning of the school year, vandalism in the bathrooms is still commonplace at Elk Grove High School.

For instance, Paul Valenziano, the new building and grounds supervisor, said that many of the boys bathrooms were tagged with graffiti recently. To take care of it, custodians had to lock bathrooms down.

“As soon as they [my staff] lock down a bathroom, they go in, investigate what’s going on,” Valenziano said. “If it’s graffiti, they’re taking care of the graffiti, if it’s a clogged toilet or something like that, they’re getting it done, if it’s more than what they can handle, we’ll have to call somebody else in and have it cleared out.”

As the building and grounds supervisor, Valenziano said his job is making sure things are running smoothly. His responsibilities include keeping the school well-stocked with supplies such as toilet paper, machines, fertilizer, and more. He has also been a working at the district for 27 years in custodial and maintenance roles.

“We’re here to serve you guys, kids,” Valenziano said. “We’re here to provide you a clean environment to learn in, and I think, for the most part, this building, the staff, does a very good job of that. So locking down bathrooms is a necessary kind of evil to curb what’s going on in the bathrooms.”

The effects of this vandalism — and the resulting closing of the bathrooms — are felt throughout the building.

“You’re not a student that’s tagging, not a student who’s vandalizing, but now your washroom is locked down,” Valenziano said. “Now, you have to go halfway around the building to go to the washroom. That puts a strain on your fellow classmates.”

Most of all, however, the problem affects the people who have to clean it up.

Jeff Johnson is the lead custodian for the second of three custodial shifts.

“The disrespect that I see is kind of disheartening,” Johnson said.

Cleaning up graffiti is time-consuming and puts a strain on custodians.

“If you have graffiti, sometimes it takes a half-hour, 45 minutes,” Johnson said, “so when you’re pressed for time, and then you’ve got to deal with something like that that’s taking you 45 minutes that you didn’t plan out of your night, that presses your night a little more.”

For the custodial staff, this time management and the ability to stay on schedule is an important aspect of the job. Custodians’ time starts getting squeezed because of more frequent set-ups and takedowns during school events.

“You have to be really good at managing your time, especially when you’re a custodian, because you only have an eight-hour block to clean, and you have certain markers where you want to be each night or each day, say, OK, I have to be at this room by this time, otherwise I’m way behind, and I’m going to have to hustle,” Valenziano said.

Johnson said another factor that affects him and his team is food in classrooms.

“Sometimes, we as custodians get frustrated because it reflects bad on us,” Johnson said. “Sometimes, when people see cockroaches or mice or something, it’s almost like we’re not doing our job, but in reality, that’s almost out of our control, when that issue isn’t controlled.”

To make his and his team’s jobs a little bit easier, Johnson has one basic request for students.