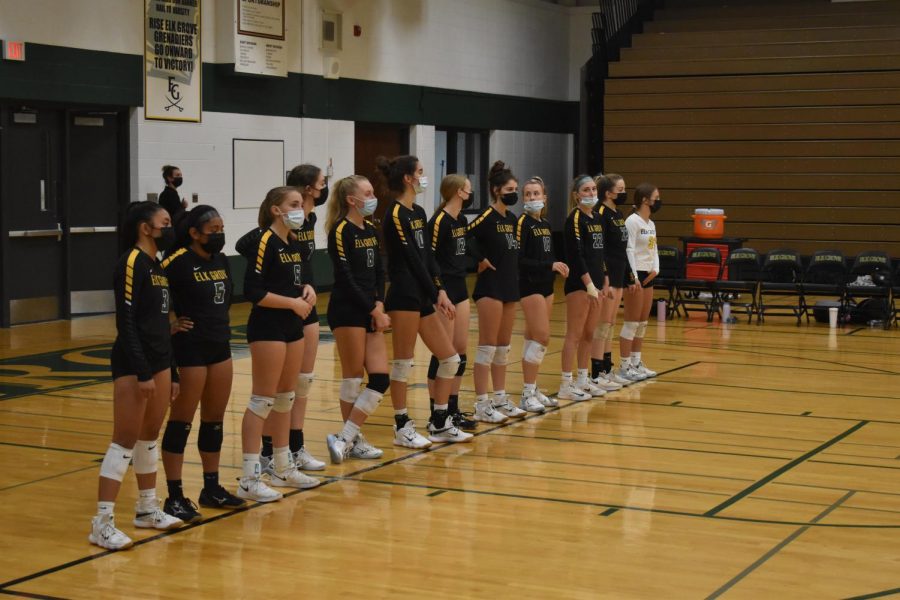 Tara Braceros was amped to get back in the gym and coach in front of packed stands for this year’s girls volleyball season.

With the Covid-19 pandemic impacting last year’s shortened season, only a limited number of fans were allowed to attend matches in early 2021.

“The girls love playing in front of their families, but being able to have their friends and other students in the gym adds another level of excitement,” Braceros said.

There was a quick turnaround for this year’s volleyball team. This quick change has forced Braceros’s squad to make a few major adjustments throughout this past year.

“Not that much time has passed since our Covid Spring Season, summer camp and the fall season so the energy and work ethic in the gym has been great,” Braceros said.

Led by senior captains Vicky Gruca and Lili Duckmann, Braceros said that her team is building a competitive and exciting environment day in and day out to savor the longer season.

Braceros said she applauds both Gruca’s and Duckmann’s leadership in huddles or when the team is in a tough situation.

“Our captains [Gruca and Duckmann] have been great at taking leads during timeouts and getting our team energized and ready to battle during every set and match,” Braceros said.

So far, Braceros said she has been impressed with the leadership within the senior-heavy team. She also said this allows the team to be more focused on the technical aspects of the game.

This year, the volleyball team’s offense has spread out, leaving more room to get the middle involved.

“We have been working extremely hard on our ball control and having a great first contact allows us to run an offense where everyone is involved,” Braceros said.

As for strategy, Braceros said it completely depends on the other team’s alignments, which the team gathers from the scouting report. This allows them to line up in the correct spots.

“I always focused on what we are going to do better and not what we are doing poorly,” Braceros said.

Already with more than half the season down, Braceros’s players are trying to put it all together.

“They give everything during practices and matches,” Braceros said. “We are working every day to make sure that when we get in tough situations and the end of sets, we are able to play great volleyball.”