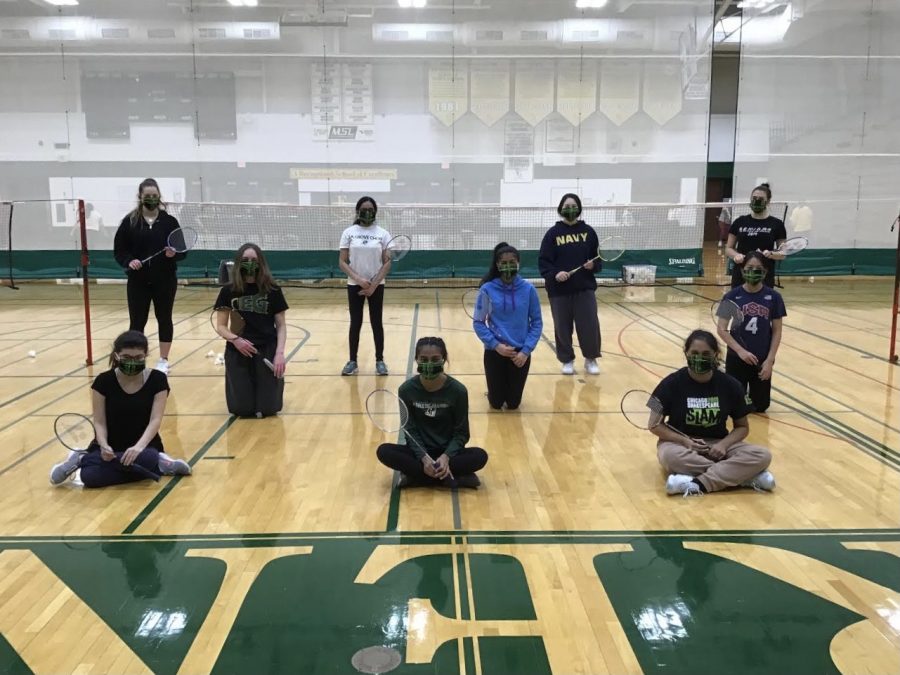 On January 28, the Illinois High School Association (IHSA) released an updated sports schedule for the remainder of the 2021 school year. This allowed Elk Grove’s sports teams to begin meeting and eventually compete after seven days of practice.

Badminton, originally a spring sport, is now scheduled to start ASAP according to the website. As of right now, badminton is also listed as a low-risk sport on the official IHSA website among other fall, winter and spring sports.

It was news that players and coaches have been longing to hear.

“My coaches and I are excited for this season,” new head coach Lindsey Rapinchuk said in an email. “My plan is to have a safe, healthy, and fun badminton season.”

This is Bush’s first year at EG as a badminton coach. He coached soccer for what he said was about “20 years in some capacity.”

“I am looking forward to getting to know the girls well and helping them learn the skills necessary to make the varsity team in the next season,” Bush said in an email.

Shaikh, a four-year varsity player, said that coming back to the team was a big surprise for everyone.

“We had no idea we were going to be able to do this, so the fact that we’re getting this opportunity is really special,” Shaikh said in a direct messages.

Because of COVID-19 regulations, the team will have shorter practices and fewer matches. Because of this, there will be no tournaments scheduled for the winter.