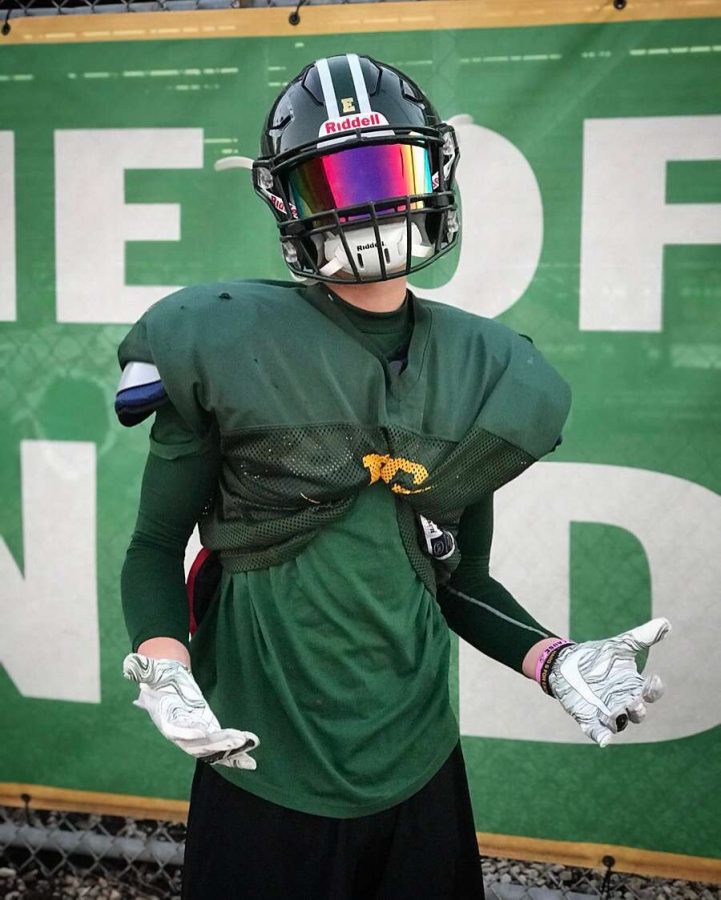 As a senior, football player Mark Matos remembers the days before head coach Miles Osei arrived as the head of the program in 2017.

Things had a much different feel before then.

“[Players] were showing up whenever they wanted to and not giving 100 percent every single play,” Matos said. “Coach [Osei] held our standard to how an elite program should be ran and over these last three years we have been with him, we’ve gotten better every single year.”

That change in the culture has finally resulted in additions to the win column the last two seasons. Last year, on Sept. 29, the Grens earned their first win in three seasons against Wheeling with a score of 38-21 on homecoming night. After shutting down Maine East High School 42-0 on Sept. 20 this year, the Grens want to prove that the stereotype of EG being a losing program is incorrect.

Sure, aside from that win, the Grens have had a two year consecutive years going 0-9.

This year, despite scores from the past, the football team is setting high expectations to build a foundation for potential success.

“I think the expectation in the building is, ‘we’re Elk Grove, poor us, we’re just a losing program,’ and I don’t believe that,” Osei said. “I don’t think our kids are much different than a town over.”

With Osei’s coaching, the team’s improvements and high expectations, some things have started looking up for the team.

Osei said that extra time in the film room, honest communication with teammates and leaders stepping up is what will lead the team to have its first winning season since 2013’s team finished 6-4.

And with their guaranteed nine weeks, the team plans on improving their skills on both sides of the ball and extending a season and making the playoffs. Despite a 42-7 loss to Prospect and a tough matchup with 5-0 Rolling Meadows on Friday, the Grens are working to change the ways of the past.

“I just think kids understand, being my third year, what it takes and what we’re expecting,” Osei said.

The Grens take on an 0-5 Wheeling team next week. A matchup against an undefeated Hersey team awaits Oct. 18, and the Grens close out the year against a 2-3 Buffalo Grove team.