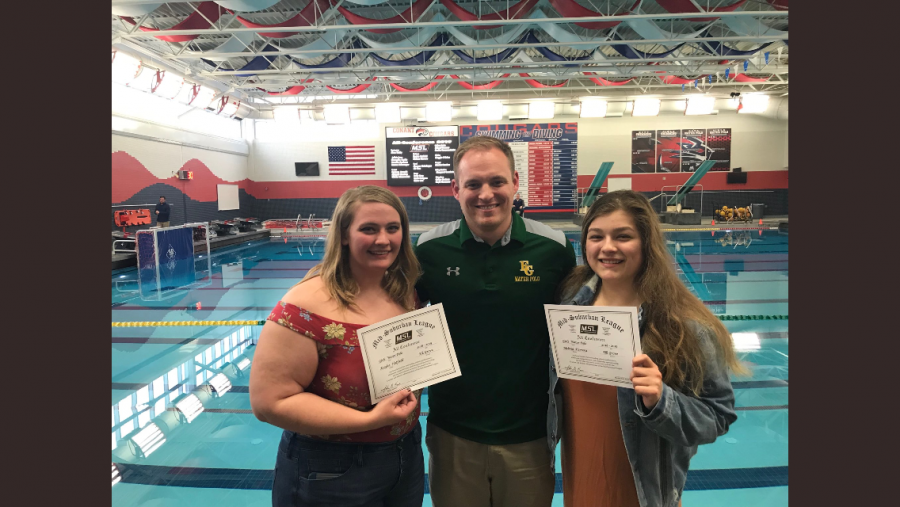 Senior Kaylee Hatfield will say it to you directly.

“I want to be remembered as a leader,” she said. “I am someone that didn’t cut around the bush when it comes to being honest with people. In regards to my team, I want my teammates to be better. So if it means tough love, then so be it.”

For the past four years, Elk Grove’s girls water polo program has been steadily building success thanks to the leadership of Hatfield and Melena Herrera. They’ve both been a part of the water polo program for their time at Elk Grove, and both have set school records and reached team milestones.

Hatfield has been a four-year member of the varsity squad. Her primary positions are O-hole and driver. Hatfield has been recognized by at the state level numerous times and has been named MSL All-Conference multiple times as well, including this season.

Herrera has been a three-year member of the varsity team. Her primary position is goalie, which has been a constant for her four years in the program. She has also emerged as one of the best goalies in the state during her time here at EG, also being named to the MSL All-Conference team this year.

Both Hatfield and Herrera have made their statistical marks at EG. Hatfield is the school’s career leader in goals with 195. Herrera also became the first EG goalie to reach 1,000 career saves. This year, Herrera also led the team in assists, and she has even scored five goals from throwing the ball end to end into the opposing goal.

“It will take a long time to break the records they have established for this program,” head coach Jason Spjuth said.

The two athletes also had some fond memories from their time as teammates. Hatfield said her favorite moment was scoring the game-winning goal in sudden death overtime against Rolling Meadows.

Herrera’s was reaching that 1,000 save milestone.

In the past few weeks of the season, Hatfield and Herrera also announced they would both play water polo at collegiate level.

Hatfield will be playing Division II water polo at Gannon University in Erie, Penn. She will also be majoring in electrical engineering.

“I’m looking forward to living outside of Illinois,” Hatfield said. “Erie is very different from around here, so it will be fun to have my college experience there.”

“Reaching the 1,000 save milestone really pumped me up to compete for the rest of my time at EG and at Harper next year,” Herrera said.