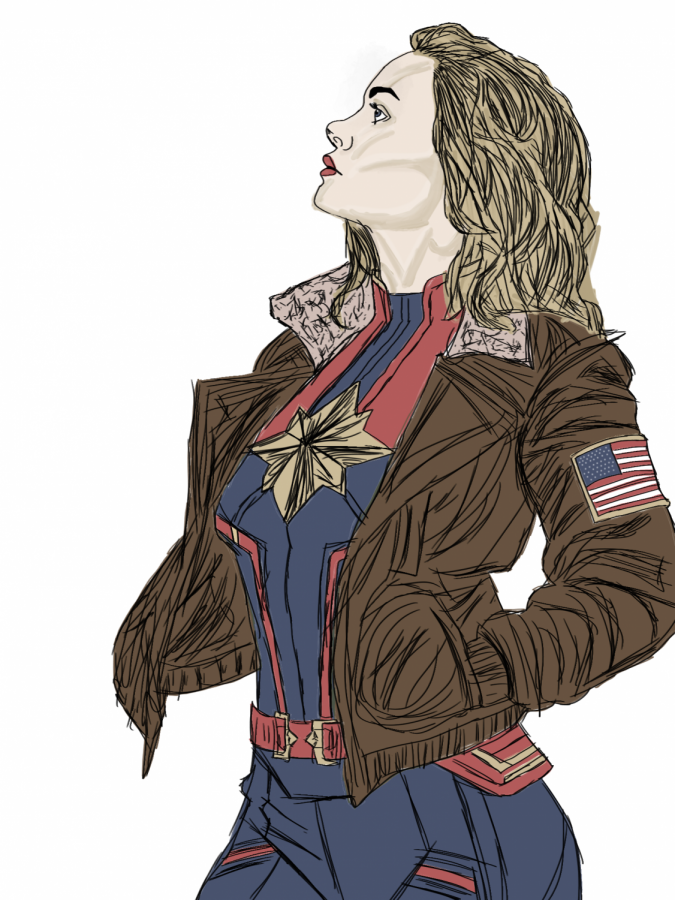 Marvel Studio’s most recent movie “Captain Marvel” hit theatres Friday, March 8, and it was killing at the box office.

However, many reviews of “Captain Marvel” have been very degrading of the movie’s actual success. Some range from complaints about too many ‘80s references to gripes about not needing another mainstream female superhero.

Some critics have also been comparing Captain Marvel to a competing film, “Wonder Woman.” What these people don’t seem to realize is that Diana Prince and Carol Danvers are two completely different characters.

But despite the negative attention, the movie is still a unique spin on its own.

Starring Academy Award winner Brie Larson, “Captain Marvel” follows the story of Vers, a Kree warrior who had actually been born on Earth as Carol Danvers, an Air Force pilot who had been lost in a tragic crash during a test flight. Vers has no memory of her life before becoming a citizen of the planet Hala.

Anyone would have to admit, this movie filled in a lot of blanks throughout the history of the MCU (Marvel Cinematic Universe). These range from explaining how Director Fury lost his eye to explaining what made Ronan the Accuser come to Earth in “Guardians of the Galaxy.” There were of course a few other easter eggs, but I’m not one to give out spoilers.

As someone who grew up reading Marvel Comics, specifically “Captain Marvel,” I can say with conviction that Larson did an outstanding job at bringing her character to life.

There were also some familiar faces featured throughout the movie. Those faces belonged to Nicholas Fury (Samuel L. Jackson) and Phil Coulson (Clark Gregg), who look much younger than they actually are. Even with how advanced the special and technical effects have become in this modern age, deaging someone is still a difficult task. The effects overall were astonishing.

Of course, with all these positives within the movie, I had a few qualms. The infamous cat named Goose? Her name was supposed to be Chewie. Seeing as Disney owns both Star Wars and Marvel, there shouldn’t have been any reason to not name the cat after Han Solo’s famous furry right hand man, Chewbacca.

Along with that, there’s Carol’s Kree name. Although in the comics it was Car-Ell, Marvel Studios for some reason decided to change it to Vers. Why? I have no idea.

As far as soundtracks go, “Captain Marvel’s” wasn’t my favorite. Like both “Guardians of the Galaxy” movies, this soundtrack consisted of pre-recorded music to evoke the aesthetic of the 1990s, which is when the movie takes place (in case you couldn’t tell by the Blockbuster store in one of the scenes when Vers crash lands on Earth). While this aspect of the film wasn’t completely necessary, it brought the whole thing together.

While battling foes, Captain Marvel also faces the wrath of perhaps the most vigorous of all enemies: society. In the ‘90s, women were still fighting for a place in their world. So not only does she have to save Earth, but she has to prove to others that she can. Which believe me…she can.

So despite small flaws here and there and some negative audience reviews, I would gladly say that “Captain Marvel” was (pun completely intended) Marvel-ous.