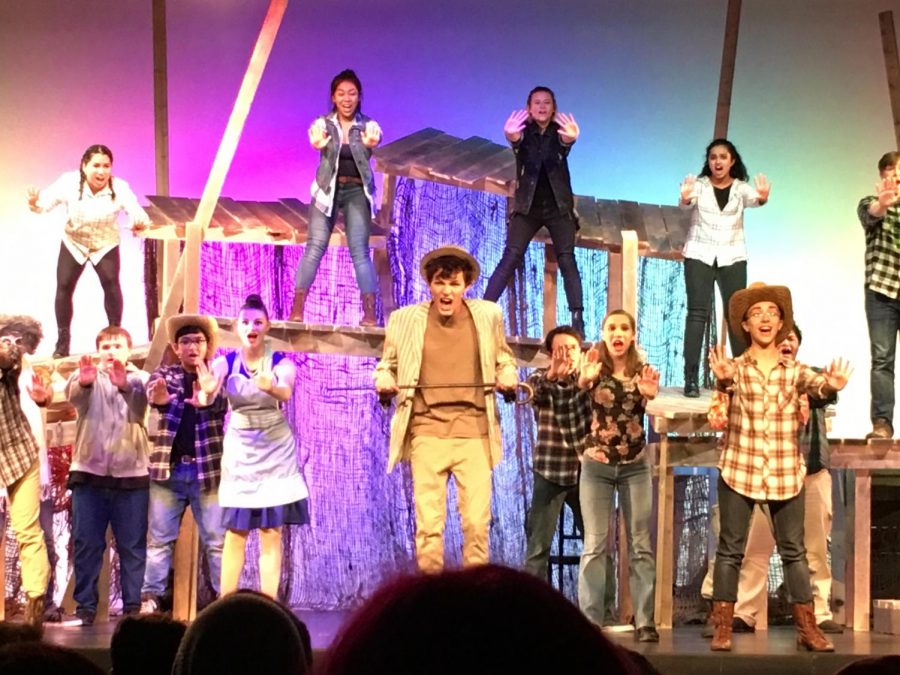 You hear the chilling vocals. The next thing you see is this bat-child running around the stage on all fours making ridiculous sounds.

The juxtaposition between the two was not an easy feat to pull off, but Elk Grove High School’s musical cast was able to execute its production of “Bat Boy” in November.

The production of the musical wasn’t an easy feat to pull off. The amount of time and effort put into a musical production caused stress in cast members, production and staff. Certain members of the musical cast had said that one night before production, the ending hadn’t even been completely run through.

Yet, the cast and crew were able to pull it together and have the show ready for its deadline.

“[Practices] were long,” EGHS senior Allison Skiple said. “So we were all just trying to fit multiple things into our schedules. It was really hard.”

The set production was another piece of the musical that took time to complete. The stage crew assembled the versatile set out of wood. It was used as a cave, a house, a church and it had multiple levels to it that held maybe some six actors per scene on it. It brought a grungy aesthetic that fit right in with the musical.

Senior Nick Benjamin, who played the titular character, said that the cast’s camaraderie is what makes the show — and his character — come to life.

“It’s really nice, especially during hard times when we’re here until 9 p.m.,” Benjamin said. “It felt like you just got to hang out with friends, so it was really just super fun.”

Zach Meyers, who played the antagonist Doctor Parker in the play, said the process of bringing the Bat Boy character to the stage was difficult, especially when the character is almost the exact opposite of how he is in real life. It took some getting used to.

“It was fun, but it was also hard because I’m not naturally a mean person,” Meyers said. “They would constantly have to tell me to be meaner, and it was really hard for me. I also came in last minute to play the roll, so it was really difficult. To bring him to life I would build up all my anger inside, and then just release it during rehearsals and production nights.”

“It was really awkward at first because she was this really dramatic person, but it kind of fit me, so it was actually pretty easy,” Rodriguez said regarding his character, Mrs. Taylor.

Although the “Bat Boy” cast and crew admit there were a few obstacles in the beginning of its productions and rehearsals, they agreed that they were excited to bring the difficult production to life.