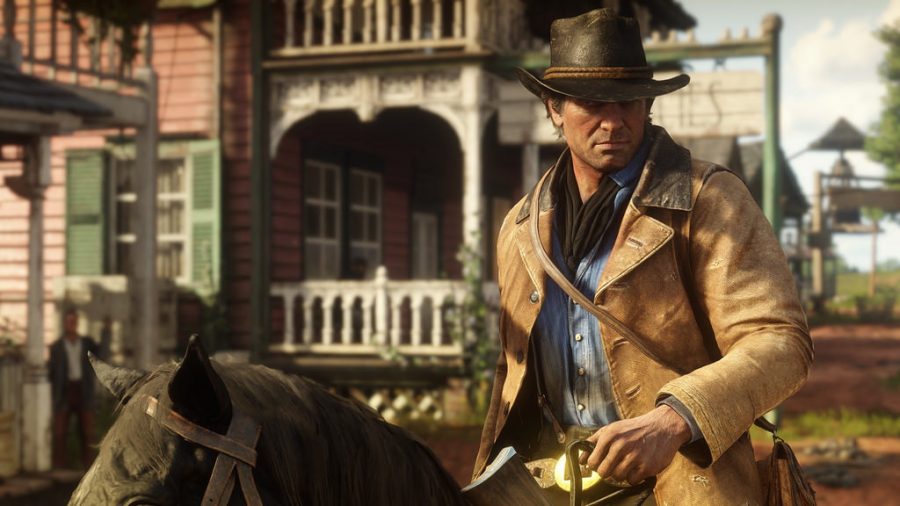 It took eight years and an estimated $650 million to develop. But after all that time and money, Rockstar Games finally released “Red Dead Redemption 2,” the prequel to the original critically-acclaimed title.

The gaming world really does stop and stare when Rockstar rears its head and after the immense quality that its title “Grand Theft Auto V” delivered. Nobody expected Rockstar to go back to the silliness and dialogue of the old days.

Many, including myself, believed that “Red Dead” wouldn’t be half as successful as “Grand Theft Auto V,” simply because of the unfamiliar time period to the newer Rockstar fans, but those concerns were thrown out the window after “Red Dead Redemption 2” now has the second-most successful opening weekend in media history with $725 million grossed.

The game has been hailed by critics and fans alike as it currently averages a 97 on Metacritic with a 10/10 on IGN, Gamereactor and Game Informer. There’s a reason for that. A Rockstar story is always going to be impactful and go above and beyond expectations and “Red Dead 2” doesn’t fail.

The story follows Arthur Morgan of the Dutch van der Linde gang during the ending period of the Wild West in 1899. Returning is Red Dead’s original main character, John Marston, 12 years before the events of the first game. He returns along with Bill Williamson, Javier Escuela, Abigail Marston, Jack Marston and Dutch van der Linde.

Arthur Morgan is a troubled man who was taken in by the van der Linde gang at age 13 and grew up alongside them. All he’s ever known is following orders, being loyal and shooting his gun. The story begins as he’s trying to escape from a blizzard on the top of a mountain, all while being chased by the Pinkerton Detective Agency and rival gang, the O’Driscoll family.

The West is dying and the new America is constantly expanding. The gunslinger way of life is slowly being drowned out by a lawful way of life. Dutch van der Linde knows his gang’s time is coming and decides they need some money so they could all get out of that way of life.

It is an option to zoom through the 65 hours worth of story, but, as the great Ferris Bueller once said, “Life moves pretty fast. If you don’t stop to look around once in a while, you could miss it.” Rockstar truly wants you to soak in the gigantic world they created for you. The map is almost twice the size of the map of “Grand Theft Auto 5,” and it’s packed with more life. Yes, you can take on a train job, or hunt a bear that’s been terrorizing a small forest village. Customize Arthur’s clothes but make sure to bathe once in a while, because your camp members and village members alike will try to stay away from you if you smell too bad. Almost any possibility you can think of is probably possible.

Oh, and don’t forget to stop and look for easter eggs and hidden nods to some of your favorite westerns.

There are spoilers ahead here, so be forewarned.

The story hooks you in from beginning to end. There’s a slew of unexpected character deaths including Sean and Lenny, and the game’s presentation makes you miss them as characters. A little more than halfway through the game, Arthur learns he has tuberculosis, and it’s a moment that really gets to you and keeps you on edge until the end of the game when the disease claims him.

Rockstar takes after its first “Red Dead” title by having the game continue after beating it with a different character. It all comes full circle when you get to play as the first “Red Dead Redemption” protagonist, John Marston. This helps wrap up all the loose ends of the first game and even makes it better.

To me, “Red Dead Redemption 2” has attained something I never thought would be achieved. Rockstar has taken those eight years and $650 million to make a western that would finally surpass Sergio Leone’s film “The Good, The Bad and the Ugly” as the greatest piece of western media of all time.