‘Kingdom of Ash’ remains an engaging read despite ending 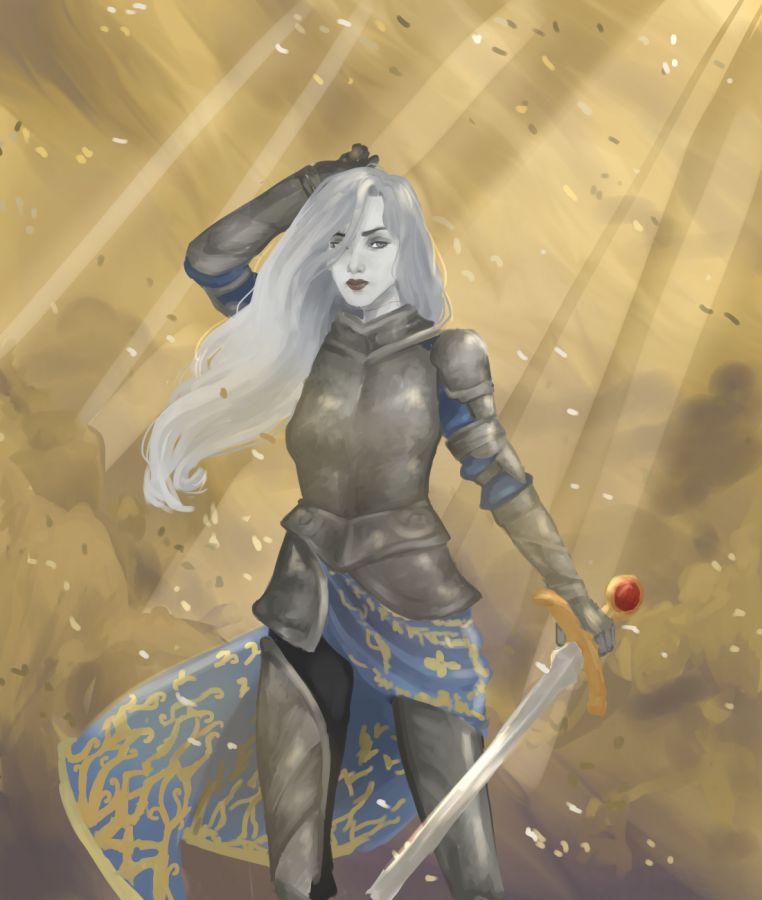 Writing the final book in a series is a daunting task. Especially for Sarah J. Maas, and her New York Times Bestselling “Throne of Glass” series.

I was nervous before reading this book, but rightfully so. After six books, I felt fearing the seventh was expected. There was something surreal about reading it, something strange as I watched an assassin become a queen. A prince become a king. A captain become the king’s right hand.

There was something bittersweet about their endings. About the creation of what I like to imagine as a tapestry, each character’s story a thread, all of them bending and weaving and twitching to come together, to fight for one woman. One kingdom.

Watching as these characters sacrificed and bartered and wept and bled and died for the hope of a kingdom was bone-chilling. Their determination unwavering, their allegiance adamant, impossible to crack.

It was scenes that reminded me the most of their hope that I want to highlight. Scenes where the odds are not in the favor of any, and yet everything is risked for survival. For the hope of a new day.

Fenrys and Aelin’s language of blinks. Elide racing through a battlefield of dead warriors toward death for love. Chaol running toward his king. The Queen of Witches and her crown of stars. Aedion imagining death would come like it did for his childhood heroes. The Little Folk. Petrah Blueblood.

Yes, there are spoilers ahead.

The only real issue I had with this novel is one that seems to be pretty common with Maas’s series finales: a happy ending. I don’t want to sound like a sadist when I say this, but if there’s a war, I expect people that aren’t side characters to die.

And it’s not even that I just want characters to die. It’s that there was something hypocritical in the survival of these characters. Like Aedion and Lysandra and the witch towers. Like Lorcan. Like Elide. Like Aelin. Like “Any Main Character Maas Doesn’t Want To Kill Because For Some Reason Everyone Gets A Happy Ending.”

One thing I can applaud Maas for, however, was the pacing of this book. If you’ve read the series, you know that sometimes these books can take a little while to get to the action (looking at you, “Crown of Midnight” and “Heir of Fire”). But the pacing in “Kingdom of Ash” was incredible. I really only found myself bored for a few chapters, and even then it was information that was needed, so I didn’t even mind that much.

Maas definitely did some research or something before writing this one, because her action scenes were much more concise and understandable.  The war scenes were nothing short of epic, which is just a testament to Maas’s ability as a storyteller.

Overall, I was very satisfied with the final installment of this series I’ve been reading for four years. I know Maas’s work can be controversial, and I can accept that these books are flawed, but there is still something insanely bittersweet about knowing I will never open a new book with these characters’ names in the pages.