The game, released this past summer, is still a worthy addition to any gamer's collection. 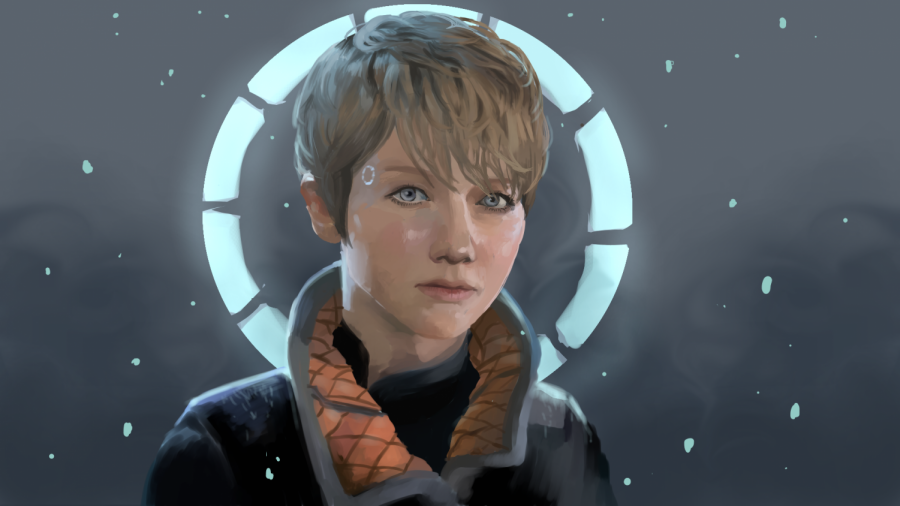 It’s the year 2038. In “Detroit: Become Human,” androids have been introduced to the world, mostly populating the city we know today as Detroit, Michigan. Most humans have lost their jobs to these androids, which are built by the company CyberLife with the goal of making the world a better place.

But of course, without jobs, people can’t make money. Without money, it’s hard to make a living. Throughout the course of the game, the player portrays three completely different androids. And although the game was released near the beginning of the summer, these plot and gameplay features continue to make “Detroit: Become Human” an immersive gaming experience.

Character-wise, there’s Connor, one of CyberLife’s top android creations. He’s one of a kind. He follows every order he’s given — to an extent. Connor is partnered with Detroit detective Hank Anderson to track and destroy Deviant androids, who have turned against their creators and their programming. This is only one third of the game’s entire plot, however.

Then there’s Markus, an android created to serve an elderly and well known artist named Carl Manfred. In a sorry turn of events, Markus is forced to leave the place he was once happy to call home. He later finds himself looking for a place called Jericho, and there’s a bit more detail jumping off of that. Of course, I wouldn’t want to spoil the rest of the game.

The third and final android we’re introduced to is a female model, who goes by Kara. She was bought to take care of a small child named Alice, of whom she grows a sort of motherly attachment to. Her entire goal throughout the course of the game is to find a safe place for her and the girl to live, a place without laws against androids.

Throughout the course of “Detroit: Become Human,” the choices you make determine the fate of each character. Connor, Markus and Kara all possess the ability to die, and everything that occurs is entirely up to the decisions of the gamer.

Many people compare the game’s movement and playthrough to the popular PlayStation 4 game “Until Dawn.” In “Detroit,” the gamer has the ability to walk his or her character, but quick time events — having to push certain buttons in a certain order — are all too common. If you’re not a fan of quick time events, “Detroit: Become Human” might not be the game for you. Having to press buttons at a lightning fast speed takes skill, and if you don’t have that skill, well, it could be frustrating.

As for graphics, the art and development is outstanding. When I had first started playing “Detroit,” I had thought that they were using live-action scenes starring actors like Jesse Williams. One could easily tell just how much time and effort was put into creating this game, and really, it’s unbelievable. It’s wonderful to see just how far gaming graphics have come.

To some, however, the life-like graphics may be a distraction. If you’re playing on a PlayStation that doesn’t have very much storage space left, the game may not be able to download completely. The file is humongous. In fact, it took me almost two hours to download and update it.

The game starts out slow, and it takes a few chapters to build toward action. The true plot and storyline isn’t totally introduced until your fourth time playing as Markus. Perhaps it should have been introduced earlier in the game, just in case people had turned away too soon.

But, when the plot is finally brought to life, it may widen more than a few eyes. The ending is reliant on the choices you made in previous chapters. There are as many as 45 possible outcomes, ranging from everyone surviving to no one surviving. This variety of endings is an intriguing addition to the game’s concept.

There’s just something about knowing your choices can alter the game’s journey, which gives a pleasing aesthetic to the gameplay experience. If you like eye-popping artwork and a slow-burning story, “Detroit: Become Human” is a worthy addition to your gaming collection.