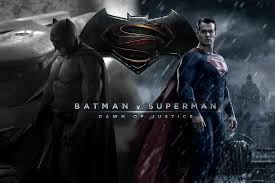 DO YOU BLEED?: Batman and Superman, two of the most beloved comic book heroes of all time, starred in their first feature film together only to receive mixed reviews.

Directed by Zack Snyder, “Dawn of Justice” picks up 18 months after the events of “Man of Steel,” in which Superman (Henry Cavill) destroys half of Metropolis during his fight with that film’s antagonist, and follows a rugged Bruce Wayne (Ben Affleck) hell-bent on killing Superman before he uses his powers for evil and destruction, while Lex Luthor (Jesse Eisenberg) schemes against both for his own personal gain.

Let’s start with one of the positives: Affleck absolutely nailed the role of Bruce Wayne/Batman. From his physicality to his character traits and manner of speech, Affleck encapsulates exactly what I envision the character as.

One scene in particular in which Batman takes out an entire room full of enemies with his gadgets and ninja-like skill set floored me and left my theater in an uproar of applause and jubilation. Sure, it may be a bit less realistic than the fighting style familiar to those who love Christopher Nolan’s “Dark Knight” trilogy, but it was one of the most intense and entertaining moments of the film.

That is to say “Dawn of Justice” is no “Dark Knight” and falls short of many recent films in the superhero wave. I refer to the movie by its surname, “Dawn of Justice” because it really feels more like a Justice League setup film than it does a “Batman V Superman” movie. It seems like the filmmakers were so entranced by the idea of setting up The Justice League that they forgot to make a good movie!

Watching “Dawn of Justice” is the movie equivalent of seeing a talented painter sit before a blank canvas with a palette full of gorgeous pastels, and instead of creating a beautiful, comprehensible picture with them, he splatters paints until he’s created a murky brown mess.

The movie has so many storylines running together at once with no sense of cohesion that, instead of enhancing the experience, make the film harder to tap into and seem more broken. Writers Chris Terrio and David S. Goyer’s script is convoluted enough to begin with, and it doesn’t help that, as Snyder confirmed, about 30 minutes of the film were removed during the editing process.

Snyder certainly deserves credit for crafting a film that is visually impressive. At least 30 shots in the movie feel like splash pages torn directly from the comics because that’s what Snyder does best: create visual imagery through slow motion and still shots.

Many have criticized Snyder for being a style over substance director and believe that a direct adaptation of “The Dark Knight Returns,” the graphic novel from which the film takes heavy influence, would have resulted in a better product than “Dawn of Justice.” I can’t help but agree because the storyline would have already been built in for him, evening out the breathtaking visuals with gripping story.

The supporting cast of the film is bogged down in the confusing, often flawed plot. Wonder Woman (Gal Gadot), Lois Lane (Amy Adams), Alfred Pennyworth (Jeremy Irons), and Perry White (Laurence Fishburne) have absolutely nothing to do in this movie and are really only there because they’re in the comics, which brings me to my next point.

Snyder and the production crew attempted to pay homage to classic Batman and Superman stories and films without considering the consequences of putting them in a movie that’s already packed to begin with. Most of these instances are noticeable to even me, someone who doesn’t actively read comic books, because they seem so out of place. After a while, it feels like the plot is only being propelled to get to the next visual.

Look, “Dawn of Justice” isn’t a horrible movie, just a very disappointing one. On the whole, there are a lot of entertaining sequences that I’d enjoy watching out of context, not to mention Ben Affleck’s Batman. Although “Dawn of Justice” certainly isn’t the Justice League lead up film that fans or even Warner Brothers was expecting, it has still gotten me excited for the next step in the DC cinematic universe.