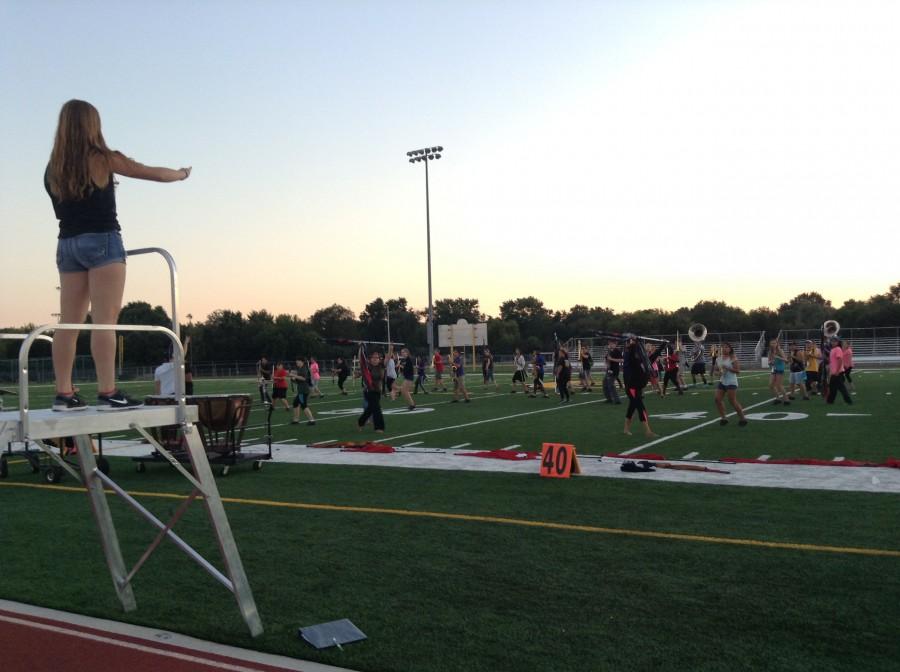 The Marching Grenadiers finished their best season on record at the Illinois Marching Band Championship on Saturday, October 31. They are looking forward to performing on the Fourth of July.

After their first victories at the North Knights Marching Festival and the Chicagoland Marching Band Festival, they competed at the Robert Morris University Marching Band Invitational where they not only placed in first, but they were named “Grand Champion.”

They qualified for the Illinois Marching Band Championship at the University of Illinois which differed from the previous competitions they had participated in.

The Illinois Marching Band Championship was larger scale than the other festivals.

Ron Fiorito, the band director, said that the bands there were of “higher caliber” and that “they’re from the whole state and some were from Missouri. Anyone nearby is eligible to do it. ”The performance area was physically larger as well.

Matthew Duffy, a sophomore trumpet player said “It’s a college football stadium. You look up there at the press box, maybe five stories up, and think to yourself, Wow. This is real. I spent almost three months practicing for this one moment, and it’s here.”

This year’s conditions were less than perfect. In the outdoor stadium, they were completely exposed to the elements, so when thunderstorms rolled in, the band members were completely soaked.

Junior and Color Guard member Safia Hattab said, “During our outdoor warm-up, it started pouring rain, and it only rained harder when we finally performed.” However, the weather conditions did not hinder the group from doing their best and and having fun. Hattab said “Though not ideal, it was definitely one for the books!”

In addition to the precipitation, the competition was on Halloween which prevented the students from celebrating the holiday. They worked hard to ensure festivities were not entirely abandoned.

Senior and Drum Major Kathryn Riopel said “The parent volunteers also contributed to the fun by donating Halloween cookies and goody bags to instill the holiday spirit” and “Several of the girls and I went as Disney princesses during the whole rehearsal.”

The Marching Grenadiers placed fifth in their division.

The band members will continue to play in pep band for sporting events as a mandatory requirement. The Color Guard, on the other hand, will retire for the season. They will have clinics resuming in May.

Fiorito is already looking towards next year. He is in the process of selecting a show and trying to ensure the Marching Grenadiers are the best they can be.

He said, “We’re always looking to add new things. It really turns more into theatrical production on the field.”

After finishing a great season, the Marching Grenadiers are looking to the future for what hopefully turns out to be of equal or greater success.