Gren at a Glance: Tzvetkova scores her way to number one 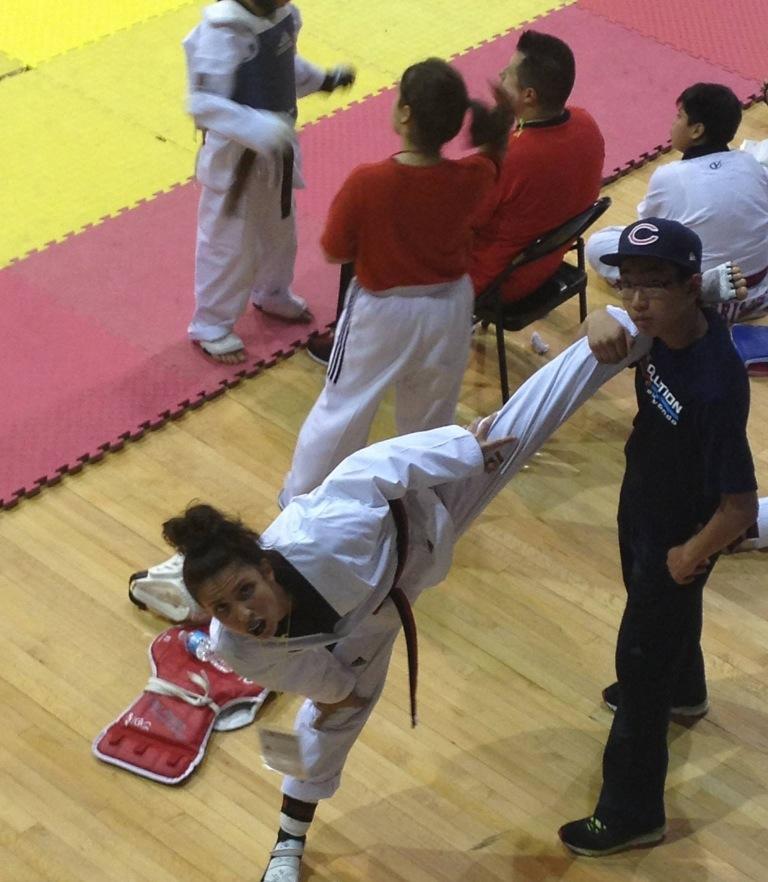 Freshman Natali Tzvetkvova warms up before she competes. Tzvetkvova is a nation TaeKwonDo champion.

Natali Tzvetkova is one freshman whom upperclassmen don’t want to be throwing pennies at ─ or they may find themselves the target of a spin kick.

This last summer, Tzvetkova placed first in state for Taekwondo, which qualified her to compete for nationals. After much hard work and dedication, on July 10, she placed first in the nation.

“It’s definitely a different sport,” said Tzvetkova. “It’s not like cheerleading or basketball; it’s something kind of new.”

Contrary to first impression, Taekwondo is not about beating one another into submission like other combat sports, but instead uses a scoring system, like most ball games. One point for hits on the body, two points for punches to the head, and three points for any kicks to the head.

Tzvetkova first got into the sport at the age of seven under unusual circumstances. When her father first saw her imitating the moves she saw in “The Karate Kid,” he decided to bring her to a Taekwondo gym.

“I thought he was taking me to practice soccer, and I didn’t really like it,” she said. “But soon, after a month, I started to enjoy the sport and became really good.”

Tzvetkova’s ambition to be at the top is owed in part to her friends and family, but most of all to her late grandfather.

“In the last few seconds of the final match I injured my leg, but I kept fighting,” she said. “I wanted to win this fight for him.”